Seriously Now
20 Pounds of Baloney in a 10-Pound Bag

There are three kinds of lies: lies, damn lies, and statistics.
Attributed to Benjamin Disraeli by Mark Twain

God does not play dice with the universe.
Albert Einstein
Stop telling God what to do.
Niels Bohr's response

It isn't what we don't know that gives us trouble, it's what we know that ain't so.
Will Rogers

Only two things are infinite, the universe and human stupidity, and I'm not sure about the former.
Albert Einstein

Great spirits have always found violent opposition from mediocrities. The latter cannot understand it when a man does not thoughtlessly submit to hereditary prejudices but honestly and courageously uses his intelligence.
Albert Einstein

Many discussions are like the horns of a steer: A point here, a point there, and a lot of bull in between.
Unknown

Evolution vs. Creation
It's deja vu all over again.
Yogi Berra

"... and as far as hypotheses, let no one expect anything in the way of certainty from [the subject], since [the subject] can offer nothing certain..."

The subject was not evolution, but astronomy. This famous quote, excerpted from Osiander's preface to Copernicus' book "On the Revolutions of the Heavenly Spheres", was an early publication proposing the "heretical" concept that the earth is not the center of the universe, but revolves around the sun, as do the other planets of the solar system. Several famous thinkers and scientists of the day (including Galileo the astronomer) were threatened with excommunication from the church, or even death, if they refused to renounce this new heliocentric (sun in the center) theory. Leading Christian leaders of the day interpreted Genesis to mean that the earth must be in the center, possibly thinking that the sun, moon, stars and planets were sprinkled around the sky like Christmas ornaments decorating the earth which sits unmoving at the center. Any claims to the contrary were considered a direct attack on their religious beliefs. Eventually the Christian church accepted that it could render unto science what is science's, and let religion get on with the business of salvation and spiritual development. After all, Genesis is rather vague about the details, so there isn't really a contradiction.

Attacks on evolution generally fall into one of three categories

Many attempts to "prove" God's existence have been made throughout history, and all have fatal flaws in their logic or premises. Attacking evolution is yet another. After all, if evolution is false, one might be tempted to take that as "proof" of creation and a creator. The basis of religion is faith, not logic. If one doesn't have sufficient faith to sustain religious beliefs, it's unlikely that any amount of logic will strengthen that faith.

Other arguments are based on certain, limited interpretations of Genesis. Who can say with any certainty what "... Let the waters bring forth abundantly the moving creature that hath life..." really means, or what the details of the process were. Going back to the earth/sun/stars controversy of Copernicus' day, the assumption was that the universe was static, with the sun, moon and stars dangling in the sky around the earth. Now direct observations and photographs show that that the universe is a beautiful, dynamic system. Stars fizzle out, new ones take their place, and new planetary systems form in a universe of black holes, dark matter and gas clouds which is so much more interesting than the "dangling, twinkling lights" scenario. The famous exchange between Albert Einstein and Neils Bohr seems especially relevant here.

People sometimes like to believe that they already know everything that really matters, which may lead to: "If I don't know how to do it, it can't be done". The real concern is often whether humans evolved from apes. Issues such as how evolution produced the first eye like ours, or a particularly intricate symbiotic relationship, are quite interesting (and in many cases well-researched and documented) but are often just efforts to shake the monkeys out of our family tree (much like disavowing that loud, heavy-drinking, human in-law). Compelling evidence for evolution, ranging from pre-Darwin taxonomy to the latest human genome research, is available to anyone willing to visit a good museum of anthropology or look it up (preferably original research, not a selective "summary" from a self-proclaimed "expert").

Okum Taylor wonders why there's so much fuss. Either way we're here. Does rejecting evolution really enhance ones spiritual development or guarantee salvation? Accepting evolution doesn't turn us into monkeys - it gives us an opportunity to appreciate an extraordinarily intricate system, ultimately much more wonderful than a static menagerie of cookie-cutter creatures.

Creationists make various specific claims in their attempts to disprove evolution, and we'll examine some of those claims next.

The 2nd law basically states that in certain situations, energy moves from regions of high concentration to regions of low concentration until all the energy is evenly distributed and no more energy is available for useful work. This only applies in "closed systems" in which energy never escapes, and never comes in from outside. The earth constantly receives new energy from the sun, and radiates energy into space, so it's hardly a closed system. Creationists ignore the "closed system" stipulation, and creatively expand the 2nd law, claiming that it prohibits simple things from evolving or transforming into something more complex. If this interpretation were correct, refrigerators wouldn't work, and simple eggs couldn't develop into complex chickens. While creationists gleefully trumpet their misinterpretation of the 2nd law, somehow they never consider possible implications of the 1st law of thermodynamics, which states that matter and energy cannot be created or destroyed.

Mutations are inevitably bad, and can't possibly be beneficial.

Bad mutations do happen. People and animals can be born with severe defects such as two heads or missing limbs, and these defects are generally fatal to animals in a harshly competitive environment, but beneficial mutations also happen. Bacteria and insects can and have mutated in just a few generations to become immune to toxins that previously would have killed them.

The odds against evolution are impossibly high

Probability is very tricky to apply here. Remember Benjamin Disraeli's famous statement about lies and statistics. Consider any specific individual (such as yourself), who, out of all the billions of possible parents, had 2 specific parents. Out of all the possible birth dates and times, this individual was born on a specific day at a specific time. This individual has a specific hair and eye color, a specific height, and other specific physical and mental characteristics. What are the odds of all these things occurring together to make this unique individual? Impossibly small? Does this individual therefore not exist? Probability doesn't apply "backwards". We could look forward and ask "what is the probability of another identical individual", but looking backwards, we can only observe that those particular parents wanted a child and got one who happened to be like that.

With evolution, we don't really know how many trials occurred before a specific critter happened to turn out the way that it is today.

You can eat all the pizza you want as long as you drink ice water with it. Your body uses the excess calories from the pizza to warm the ice water to body temperature.

In physics, 1 calorie of heat warms 1 milliliter of water by 1 degree centigrade. The calories commonly counted by nutritionists are really kilocalories (1000 calories): warming a liter of water by one degree centigrade uses only 1 calorie. Warming 1 liter (about one quart) of water from 40 degrees Fahrenheit to 98.6 degrees Fahrenheit only uses about 33 calories. How much ice water can you drink with each slice of pizza? 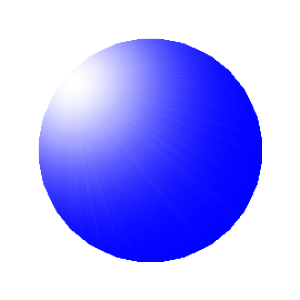